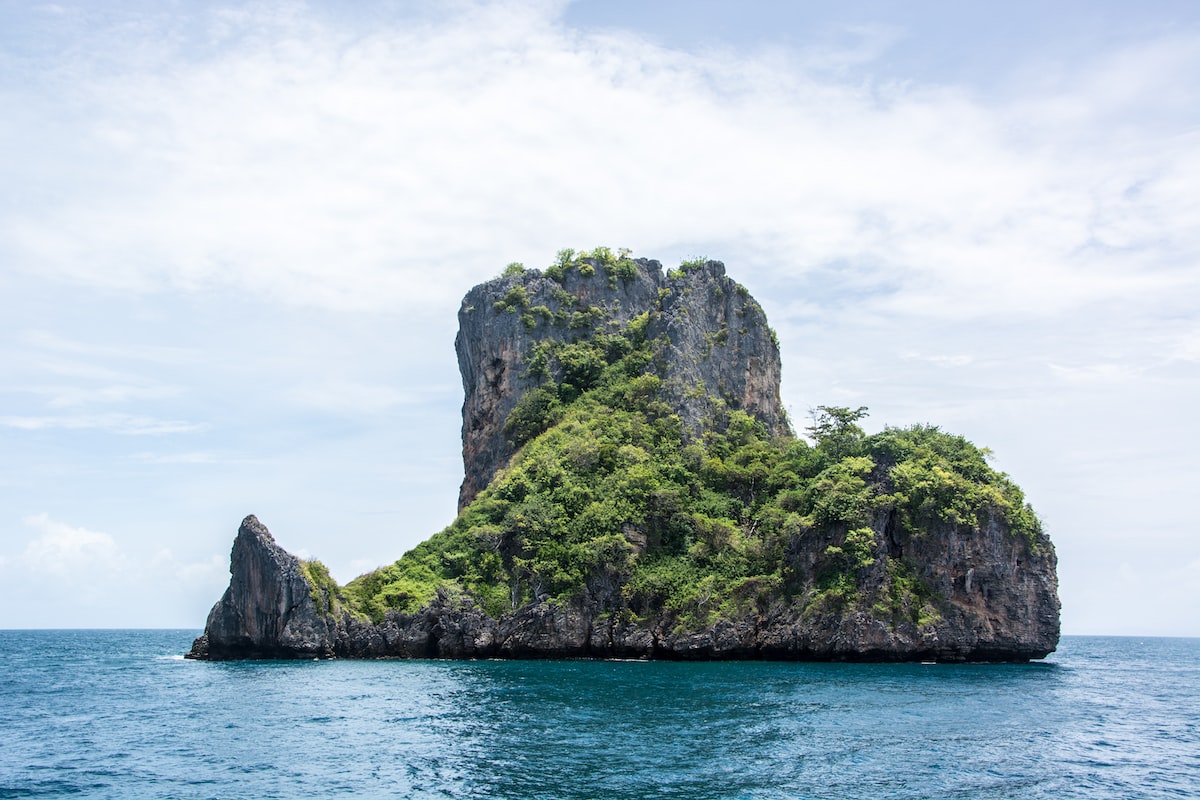 Standing Firm in an Endless Sea of Opinion and Opposition

Ever notice how firm the Bible is on firmness?

I was in the book of Colossians the other day as part of my One Year Bible reading plan, and I came to this verse:

I am with you in spirit, rejoicing to see your good order and the firmness of your faith in Christ," (Colossians 2:5).

I thought to myself, "I feel like I've seen this word a time or two." So I started doing some research, and do you know what? In all but one of his letters, the apostle Paul encouraged his readers to stand firm, or hold fast, to their faith.

The only letter lacking such an exhortation specifically is the one he wrote to Philemon and his house church. Perhaps the reason for this is because Paul was writing to Philemon for another, very specific purpose. After all, Philemon was a Colossian, so it is entirely plausible that Philemon already received Paul's commendation of firmness in his previous letter.

As an earnest reminder, let us read the apostle Paul's words together.

That was quite a tally. And if you consider the book of Hebrews to be another one of Paul's literary works, as many Bible scholars do, then we find yet another exhortation to "hold our original confidence firm to the end," (Hebrews 3:14).

The foundational message in all of Paul's letters, including Philemon, was Christ paid it all. Jesus died once, for all, and was raised once, for all, and all we have to do to share in His resurrection from eternal death is to put our genuine faith in Him. But I would argue that coming in at a close second to this gospel message is the admonition to, having claimed salvation by the cross, stand firm in the assurance of our faith.

"But you must continue to believe this truth and stand firmly in it. Don’t drift away from the assurance you received when you heard the Good News..." — Colossians 1:23 (NLT)

Why was Paul so adamant about this? Perhaps he knew how difficult it would be to keep the faith, especially in times of trouble. After all, he was no stranger to trouble himself.

Perhaps he knew how many would do just the opposite and fall away. We see this happening today. Many are forsaking their childlike faith for false gods, even turning into worthless idols themselves. This is not new, but it is a terrifying trend.

"Go west and look in the land of Cyprus; go east and search through the land of Kedar. Has anyone ever heard of anything as strange as this? Has any nation ever traded its gods for new ones, even though they are not gods at all? Yet my people have exchanged their glorious God for worthless idols! The heavens are shocked at such a thing and shrink back in horror..." — Jeremiah 2:10-11 (NLT)

Firmness wasn't just a talking point in Paul's letters. He actually lived it out. And Paul wasn't the first carrier of this message. Standing firm in the Lord is echoed throughout the Scriptures; it is foundational. The first time we read about it is in Genesis 2 when God created the marriage covenant.

"Therefore a man shall leave his father and mother and hold fast to his wife, and they shall become one flesh." — (Genesis 2:24)

If you've studied the Bible for any length of time, you probably know that marriage is a picture of Christ and the church. Therefore, just as Christ holds fast to us, His bride, we are to hold fast to Him.

Some years later, Moses would rally the Israelites with a call for courage and faith, "Fear not, stand firm, and see the salvation of the Lord, which he will work for you today," (Exodus 14:13). The Lord directed King Ahaz through the prophet Isaiah, "if you are not firm in faith, you will not be firm at all," (Isaiah 7:9). Jesus' urgent message to the church of Thyatira was to hold fast to their faith (Revelation 2:25).

Throughout Scripture, there is a clear and consistent message from the Lord to His people: stand firm.

And I tell you, you are Peter, and on this rock I will build my church, and the gates of hell shall not prevail against it. — Matthew 16:18

Peter wasn't perfect—far from it—but his story is an encouraging one. What's most encouraging about his story to me is that he didn't always stand firm. Remember, this is the guy who denied Jesus not once, not twice, but three times. He made mistakes, but ultimately he learned faithfulness, even to death.

The world, however, is not like rock. The world is like water; it takes the path of least resistance, and in large volumes, it is fierce and it is destructive.

Our family is all too familiar with the affects water can have on a foundation. Last year, we discovered that we were getting several inches of standing water in our unfinished crawlspace every time it rained. Evidently, this had been going on for years, but once we moved in we never bothered to regularly inspect our crawlspace. It's cold, dark, and literally crawling with bugs. Besides that, it passed inspection, so as far as we were concerned, it didn't exist. Am I right?

It wasn't until we had a plumber come by to give us an estimate on an irrigation system for our garden that we became aware of the issue. He had to go into the crawlspace to investigate our existing plumbing and when he did so he found an active leak in one of our old copper water lines. I was right there with him the whole time, so I know he didn't just puncture one of our pipes to make a few bucks. He fixed the leak before he left, and I had hoped that the standing water was simply a result of the leak.

For the next several weeks I kept a close eye on it. Luckily, I could see the pipe from the crawlspace door, so I didn't actually need to crawl inside. Hey, I don't like cold, dark, wet places crawling with insects, okay?

Anyway, the pipe never leaked again, but we were still getting a substantial amount of standing water along the walls of our crawlspace. I rented a pump and drained what I could. Every time it rained, it would fill up again. Ultimately, we had our entire crawlspace professionally encapsulated and installed a hefty sump pump and dehumidifier system. We also re-buried our downspouts with schedule-40 pipe. We no longer have a water problem around the foundation of our house.

Christians today are spending far more time affirming the world than standing firm in the world.

Sadly, many Christians today are beginning to show signs of water damage, so much so that we are beginning to notice some settling and cracking in the foundations of our churches. Christians today are spending far more time affirming the world than standing firm in the world. While the gates of hell may not be able to prevail against her, the erosion from compromise is evident.

If we do not hold fast to the Word of God—to the truth—it won't be long before she is nothing more than tiny granules of sand washed up by the tempestuous tide of tolerance, all in the name of "love". ✌🏻

Why then are so many "Christians" loved by the world and so few truly hated? Why do so many claim to be Christians, but befriend those who reject the real Jesus? Could it be that they are not true disciples? After all, Jesus was having a conversation with his own disciples when he said these things (see John 14). 🤷🏻‍♂️

Jesus Was a Friend of Sinners? 🤔

People contend that "Jesus was a friend of sinners." Was he, though, was he? People make this claim because it does say that in the Bible, but let's open up our Bibles and read for ourselves (emphasis added).

The Son of Man came eating and drinking, and they say, ‘Look at him! A glutton and a drunkard, a friend of tax collectors and sinners!’” — Matthew 11:19

The Son of Man has come eating and drinking, and you say, ‘Look at him! A glutton and a drunkard, a friend of tax collectors and sinners!’ — Luke 7:34

If we read on, we will see that it isn't until the end of Jesus' ministry that John recounts this statement from Jesus,

"You are my friends if you do what I command you. No longer do I call you servants, for the servant does not know what his master is doing; but I have called you friends, for all that I have heard from my Father I have made known to you." — (John 15:14-15).

I personally wouldn't call Jesus a "friend of sinners". Jesus was a friend of those who kept his commandments, picked up their cross daily, and followed Him. Now before you say, "James, we're all sinners," let me suggest this: no, we're not.

As Christians, we are fellow heirs with Christ, set apart as holy. In this context, "sinner" meant someone who is unclean, unworthy of the presence of the true God. The religious Pharisees were hoping to convince people—and they definitely did so—that Jesus wasn't the true Messiah.

People misuse these verses to justify their laxity in constructing their inner circle. Yes, we should be kind and respectful and live peaceably with all people. But don't mistake living peaceably with being best friends with.

Jesus wasn't doing life and going to barbecues all the time with people who weren't convicted of their sin. Sure, He may have shown up to a party or two, but did that make Him "friends" with those people? Are you friends with everyone who invites you to a party? Or do you sometimes show up just be nice?

If Jesus was getting invites to all the parties and showing up to all of them then maybe I'd change my tune, but it seems to me that He was very intentional with His time, as we should be.

Jesus walked into people's lives and challenged their thinking. He wasn't looking to get into debates, but as opportunities in these social gatherings presented themselves, He pointed people to the Father with both His actions and His words.

If the people we are spending the most time with aren't being drawn to the Father, if they aren't feeling convicted of their sin, if there is no evidence of eternal impact in their lives, I would question who is influencing whom in the relationship.

We need to follow Jesus' example by meeting people where they are, yes, but if our words and actions aren't ultimately leading people to repentance, then it stands to reason that our lives aren't lining up with Jesus' example or we're spending too much time with the wrong people.

If we continue to allow ourselves to be influenced by this world, we will cease to be the solid rock that, when a wave hits it, causes a splash. Instead of a steady beacon of hope jutting from a distant horizon, we will surely erode into an endless sea of opinion and opposition.

Fellow believers, I say this to you as I say it to myself, let us stop being like water. Let us be like rock—immovable, unshakable, solid rock—to the glory of our Father.